You can find this interview here.
Reinventing the personalized show
There are many ways to perform a show, to bring feelings to the public, and to get them feel the emotion. Without doubt, the main priority of a show is the connection with the audience, and in that, Daniel Diges plays in the first division. We had the honor to chat and to exchange views with the creators of “Tu Show”, Daniel and Alejandra, so that we can get the idea about the new concept they are carrying out to boost the private show, so personal you'll feel part of it... No doubt this type of initiative is welcome, different and providing a distinct spark to monotone and linear events that often take place.
Here I give you an interview they granted us exclusively.
The team of “Tu show”
All this wouldn't be possible without the team of professionals with whom we count, imagine the best artists of the musicals singing just for you.
This is what sets us apart, to be able to guarantee the excellence by working with singers who lead the great musicals of the country. 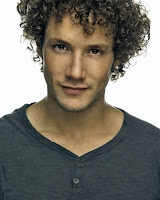 Represents in the Eurovision Song Contest 2010. Releases his first album with great sales success. Has been part of the professional jury of the program Cántame pasó of TV1.
Begins his professional career in the series "Nada es para siempre" (Gato). Between 2001 and 2002, works as a presenter and singer in the children's program Megatrix of Antena 3. In 2003 and 2004 presents in Telecinco's Max Clan. Appears in the series "Aquí no hay quien viva", "Ana y los siete" and "Hospital Central". His latest work for TV is "Agitación + IVA" of Telecinco.
His career in musicals starts with Nacho Cano. Stars in "Hoy no me puedo levantar", "En tu fiesta me colé", "We Will Rock You", "High School Musical" and "Mamma Mia". In 2008 receives the Gran Vía Award for Best Newcomer. Consecutively in 2009 and 2010 wins the National Theatre Award as Lead Actor.
Currently plays Enjolras in "Los Miserables" of Stage Entertainment.

Involved in showbiz since 9 years old when she starred in her first play, since then has been part of numerous musical montages.
Has also worked as an actress in television and cinema. At the age of 21 was the artistic director of the musical We Will Rock You. Currently presents a program about theater and entertainment for the television Castilla La Mancha.

Has starred in many musicals including Jesucristo Superstar playing the role of Maria Magdalena, Spamalot, as the lady of the lake, Fama, La magia de Broadway, We Will Rock You and Forever Young. Was one of the leading artists in the hit Lio Ibiza this summer. Currently is part of the cast of Los Miserables. 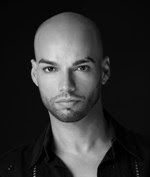 Has on his shoulders more than 18 musicals like El Hombre de La Mancha, Jekyll y Mr. Hide, Jesucristo Superstar, La magia de Broadway or Los Miserables where currently is part of the cast and plays Enjolras and Jean Valjean.
Also has experience hosting both live galas and television.
Has collaborated on numerous albums and tours with artists like Marta Sanchez and Beatriz Luengo.

Young actress, who has starred in several musicals such as We Will Rock You, in the role of Scaramouche or Pegados. Has been part of the cast of Jesucristo Superstar and played Maria Magdalena.
Has collaborated with artists such as Tamara, Beatriz Luengo, Pitingo or Daniel Diges.
Currently is part of the cast of Los Miserables. 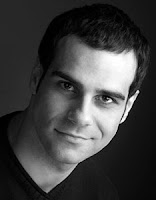 Educated in and behind titles such as Los Miserables, Cats or Aladdin.
His revelation to the general public came from the hand of La Bella y la Bestia in which he played a memorable Beast.
Currently is part of the cast of Los Miserables and plays Javert. Also is producer and star of the show Poker de Voces.

With 26 years can boast to have done almost everything; dubbing, orchestras, advertising and various musicals like We Will Rock You, Jesucristo Superstar playing Judas or Los Miserables being part of the cast and playing Jean Valjean.
Also was in Eurovision with Daniel Diges doing back vocals for Algo pequeñito.

Since arriving to 8 years ago from hasn't stopped working; began starring in We Will Rock You and Cruce de Vías, participated in Los Productores, has worked with Tricicle in Spamalot and was resident director of Avenue Q.
Has also presented television programs, has made dubbing, this summer was one of the artists of Lio Ibiza and is now touring with his group Bandalost.

He is a heavyweight in the world of showbiz.
Main tenor in opera and zarzuela, representing titles like La Traviata, La del Manojo de Rosas or Doña Francisquita, has taken classes with the most important singing teachers of the world.
Twenty years in musicals participating in the best and most grossing shows like El Hombre de La Mancha, Cabaret, Grease, My Fair Lady, El Diluvio que Viene or Los Miserables (1992 y 2010).
Has sung almost all over the world since he's collaborating with various Japanese singers and has participated in the world tour of Paloma San Basilio singing a duet with her.

The show personified: sings, dances, acts and presents.
Educated at prestigious schools such as Corazza () or Arts Ed () has participated in musicals like High School Musical, where he played Ryan.
On TV has broadcast programs like Planet Pokemon (Jetix), My School Musical 2 (Disney Channel) or In The Qube (Animax / Sony) and is the main actor and dancer in Shakira's Rabiosa videoclip.
Currently directs and presents Irreality Show!, his own radio program at HappyFM.es.
Can you make us a brief presentation? Who are you and how did "Tu show" come about?
The two of us have spent many years dedicated to the entertainment world, as part of big productions at national level. Acting, directing or producing. Friends have always asked us to put shows at their parties and that we sing, long time now, and when word got out we decided to professionalize it and do it at every party!
What are the essential features of your show? What is it about?
It is about designing a custom show for each event. We know how many things must be taken into account to organize a successful event and the secret that it all works is to surround yourself with professionals. We offer a professional show, quality and fun just for you.
Where can these personalized performances of “Tu Show” can take place? (restaurants, surprises, parties, etc...)
By designing each show from scratch gives us the opportunity to adapt to any space.
As precursors of this initiative and established actors what do you think actors and actresses so famous can contribute in a performace so personalized?
We work with the best singers of musicals in the country, the protagonists of the main shows and that gives us the assurance that the result is always surprising and of great quality.
In your performances is there interaction with the audience? Does it participate or it depends on each occasion?
We like that the audience feels close to the artists and to interact with them because that is impossible in the great musicals. Whenever we can we design the show with some singer places among the public, who at given time surprises them singing. We always look for the most fun and appropriate for every occasion. Anything can happen. We like to start with a situation that surprises the audience or a particular person if the joke is just for him. Presentations of noisy products, amazing bartenders, hypnotists that make the whole world sing surprisingly well less the star in question, people who seem to follow you down the street ... Puzzling situations which always have in common the music and the humor. Once you discover that everything is a show usually we end with a concert.
Any anecdote from one of the personalized shows?
One guy on his 18 birthday even after the concert, when everyone knew it was a show. He kept thinking that this unknown girl who crashed his party to declare her love sick and who singed along with the waiter (also false) really was in love with him!
Now on to . How do you see the theter and Catalan musicals? What about your future prospects?
It's enviable number of productions there and their quality. But we hate not being able to enjoy all of them for not knowing Catalan!
What are the favorite spots or corners that you don't miss when you are in ?
I don't let that any visit skips the Parc Güell. We love walking in the streets, get lost and find special shops and restaurants. The other day we were recommend the basil and metpacking and we loved it.
In which three cities you'd like to live? Or had lived and you loved it...
We are planning to settle permanently in ! we love and have lived there all our life. This summer I got to know and I was very surprised by it. We would love to live a season in and I hope to do it soon!!!
Quote me what you like in . And what would you change?
We love how manageable it is, you can orient yourself quickly and everything is close, the culture of the bike is very comfortable! We hate traffic lights! They are always red!
What projects, apart from “Tu Show”, you have in mind for the near future? Any book, disc, book?
My disc is getting out in February and soon I'm presenting a special for TVE about the 70's. I will continue with Los Miserables until it's over in and next year we start the tour with my show "Poker de voces."
Posted by Aida at 10:44 AM