You can find this interview here.
The artist from  who has starred in musicals such as Hoy no me puedo levantar, We Will Rock You, High School Musical, Mamma Mia! and, at the moment, Los Miserables. He was Spanish representative at the Eurovision 2010.
He started in musical theater in 2006 performing the character of Colate in En tu fiesta me colé.
In his career stands out performing the characters of Mario in Hoy no me puedo levantar, Galileo in We Will Rock You (2007), Troy Bolton in High School Musical (2008) and Sky in Mamma Mia! during the first part of its national tour (2009-2010). Prior to his career in musical theater he has participated in different TV shows, reaching popularity with the character of "Gato" in  teen series of Antena 3 “Nada es Para Siempre” (1999-2000).
He was Spanish representative at Eurovision Festival 2010 with the theme “Algo Pequeñito” and, after obtaining attention of media through this achievement, he released his first album “Daniel Diges” in may 2010.
Currently he plays the role of Enjolras in the Spanish production of Los Miserables premiered at the Theatre Lope de Vega in  in November 2010. 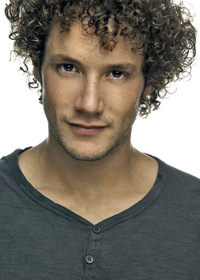 Email ThisBlogThis!Share to TwitterShare to FacebookShare to Pinterest
Labels: interview
Newer Posts Older Posts Home
Subscribe to: Posts (Atom)
Note that I hold no legal rights to the content of this blog, neither the songs, videos or photos nor any of the articles. They all belong to their respective owners, I'm just the person who uses them for a good cause.