I have always been very much into karaoke

A versatile artist, Diges combines his participation in musicals with the launch of his new album and his role as producer. 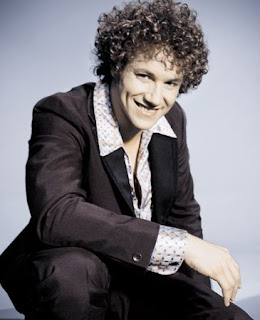 
He refers to numbers 'Help', 'Eres tú', 'Mami Blue' or 'Delilah', among others. "The seventies were a very fruitful period that gave some great songs and that was lived so wildly that things of it still exist: music, clothes...", he adds.

So he thought it was a good time to release the album and include even some of his own songs. But the record company decided to leave it on covers. He didn't care: "I'm very happy with the result."
A tribute album
Diges then explains that '¿Dónde estabas tú en los 70? (Where were you in 70?)' is a tribute album and therefore he doesn't want to have prominence even on album cover. What matters are the songs, he says.
However, he already has new songs for his own disc. "Some of them are very 'seventies'", he points out. Like it is, in his opinion, 'Algo pequeñito'. It has marked him, yes, but he is grateful because it has given him everything.. What he doesn't have so clear is whether he would return to Eurovision. "At the moment, no, at best sometime later", he signals.
What interests Diges now is to release a new album with his own songs, to keep going with Poker de voces, doing musicals ("My favorite is Los Miserables, although I was left with wish to be Pumba in The Lion King") and if he manage, to do movies. "I got into all this to be a movie actor", he explains, "and now what I really want is to produce". Also, why not, to make a tribute album to the eighties. "Can you imagine? That would be great", he concludes.
Posted by Aida at 11:43 AM